If you read ABOUT US  by now you know that InflatablreBoats4Less.com is a company that sells inflatable boats,  and kayaks , and lately Inflatable SUP’s. In other words Portable Boats for Portable People.

You will also have read that we stated this company to scratch our boating itch while we were traveling the USA in a progression of motor homes eventually becoming a Sea Eagle dealer and eventually living aboard a motorhome fulltime traveling to RV Shows to show and sell Sea Eagle inflatables.

But this isn’t about us, this is about Nick Russell, one of the most interesting men we’ll ever know, and his wife Terry, one of the most patient and  understanding women we’ll ever know. If you knew Nick you’ll know that Terry would have to be patient and understanding, and a whole lot more! I’m not saying that Nick is bad…well maybe I am… ’cause Nick will take that as a compliment and I mean this blog entry to be complimentary but, in fact, Nick was so proud of his badness that he published a blog called appropriately  “Bad Nick Blog.”

We met Nick in Quartzsite, AZ as we were headed to our first bog RV Show back around 2000 or so. Nick was next to the road in the shade of his ole bus  conversion next to a table full of book, pamphlets, and Gypsy Journal newspapers all filled with tips for full-timers. Like where to park overnight for free, where to empty holding tanks for free, and where to find the prettiest places in the whole US to set up camp, also for free. None of Nick’s stuff was free though so I asked Nick where I could go to get all this valuable information free. He laughed and sold me on how much I was going to save if I bought it all, and I did, and a friendship was born. That Nick is a mighty good author and a pretty good salesmen too, now that I think about it.

Well time marched on and we bumped into Nick and Terry from time to time but we kept in touch,kind of,and we kept up to speed with Nick and Terry by reading his blog every morning and not long ago we read that Nick and Terry bought a house in Florida and so it wasn’t really much of surprise to read this morning that Nick was publishing the last Gypsy Journal newspaper. I’ll just put a link down below for you to read about yourself.

I called ol’ Nick today to congratulate him and we both said nice things to each other, and about each other,  and we both promised to get together when we were all on the same side of the country and have a meal but you know how that goes. I hope we do though cause eating is another thing that Nick is good at.

Where ever you may go our prayers will find you!

The Time Has Come 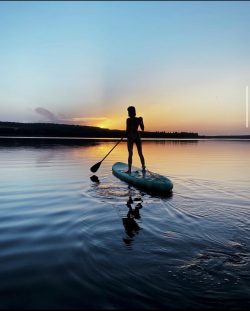 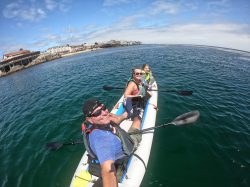 Top
END OF THE YEAR SALE! 10% OFF ACROSS THE SITE! | FREE SHIPPING | INVENTORY GOING QUICKLY |